Your religion is fiction

MagnusD wrote: Over the past couple of years I have been thinking a lot about where the belief structures of society come from.

Moving away from religion slightly, many children are (or perhaps were) read similar fairy tales at night; the Three Little Pigs, Cinderella, Little Red Riding Hood; the list goes on, and each story has a moral to tell, and this colours how we see the world; a lot of the time women are portrayed as being weak, in need of rescue, and whilst I do not count myself as sexist, I do sometimes struggle to keep women in mind as equivalents.

[Note: I do not believe in equality; no two people are the same and thus cannot be equal. People have different abilities and skillsets, thus I tend to use the term 'equivalent']

Moving along again, I can call to mind several stories that shape my thinking now, and it's not the old tales; it's stories like The Tales of Redwall (from when I was somewhat younger) Harry Potter (the books) The Inheritance Cycle, Lord of the Rings (films and books), Star Trek (various series) Star Wars, and so many others.

Because these books have shaped me, and in many ways my belief structure and how I view the world, the very core of my being could be described as fiction.

Is that good or bad? Does it invalidate my sense of self, even my existence?

I am guessing many here can relate to this; I was wondering if anyone had thoughts on the topic, and what sort of stories may have influenced you over the years?

I apologize for last night MagnusD. I was having a difficult weekend and when I saw the subject "your religion is fiction" with the symbol of Awen, well I lost my temper. My bad! I should of welcomed you as a brother. I will not make that mistake again. Thank you my teacher! Even if you are not real.

I will leave you with this thought.

I am reading Blood & Mistletoe by Ronald Hutton. It can very well be that the Druids have all been made up by Julius Caesar for tactical advantage. But who cares? If you admire a quality in another, it means you already possess it and own it.

May fiction live on forever.

Awen to you my brother.

let's be concerned with dream worlds and death only when we dream or once we die.

Why wait? These are things we can reflect on now. I don't see any harm in that.

Because neither affects the life we have while awake and alive unless we start wasting our time worrying about them. There are greater mysteries to solve and greater discoveries to make - generally better ways to spend time than to spend the time in this world on fantasizing about other worlds. We'll have enough time to do that when we're there and we won't spend a second of that thinking about this world, or will we? Point is: This is the one reality that matters now. Perhaps not ultimately, but while we're here, that's the one to be concerned about and to spend our precious short time exploring.


Sure, stories are sometimes nice models of some aspects of this reality and are a convenient way of teaching those aspects to the weak mind

Weak minded? I think that's insulting and an elitism statment.

I was referring to children for they are the ones we try to teach using fairy tales, mostly.


It is only when fantasy is being intentionally presented as part of this reality rather than a different one (fantasy), that it becomes harmful to the listener and her fellow people once interaction begins.

Not much unlike them, yes, but I was specifically pointing out the grand difference between religions' fiction and other fiction. But sure, technically, every fantasy taught as fact is harmful in one way or another. For instance, this young bright head of politics is speaking about climate change: 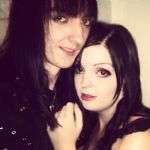 
generally better ways to spend time than to spend the time in this world on fantasizing about other worlds.

Well maybe for you but not everyone. I think fantasizing opens and expands the mind to all sorts of possibilities.

How many great people were fantasizers?

To each his own.

I'm going to read some fiction tonight after spending a day at work in the real world. Maybe I'll do some visualization while I meditate? Maybe I go see the Hunger Games. Yucky movies and their excapism.

Less More
02 Dec 2013 21:48 #127067 by Adder
Replied by Adder on topic Your religion is fiction
I tend to have my best days when I have my best nights, a good dream puts me in such a good mood I don't have to spend any energy exercising non-attachment to negative emotions which might be left over from a bad dream!!! I used to believe the imagination helped train the body, now I'm more the other way around.

Don't you think U2 look alike? That couple said hello to me on my Pagan forum yesterday. You should be confused. I know there is no relativity now. I apologize.

I wouldn't have said so, but do you ?? it's all about your perspective dude, no need to apologize

MagnusD wrote: Over the past couple of years I have been thinking a lot about where the belief structures of society come from.

The bible: Collection of historical records and ethics according to one culture and demographic. Also Archaeology would say differently. Look at the capital of the hittites.

The Qur'an ( you might as well have spelt coran, just saying lol) : is a collection of instructions and observations.

Buddha's life means little: How does that factor into vedanta? It's the practicality of his teachings that matters in buddhism, not the guy himself.

Though you have a set focus on a branch of religion instead of just saying "pagan".


To answer the question. Technically that isn't the core of your ego, your core is what studied and tested them to see if they could be practical, built on that and respected the source that inspired you.

I'm sorry, I'm confused if you had a problem?