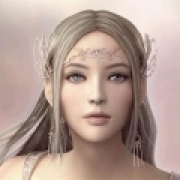 By Ariane in General 686 views 5th October 2017 Video Duration: 00:06:30
Much of the day-to-day running of world affairs was now handled exclusively by ultra-fast, ultra-intelligent machines, robots and virtual entities. By the 2090s, it became clear that Homo sapiens were no longer the dominant species on the planet. The entire Solar System and surrounding interstellar neighborhood is being transformed by an ever-expanding sphere of influence produced by massive levels of artificial intelligence. It completely dominates the Earth now, with every aspect of world affairs controlled by super-intelligent entities, formed of billions of inorganic minds working in unison.

These "Artilects" operate at speeds and scales that would be incomprehensible to observers from earlier centuries. Global issues that persisted for years or decades in the past can now be resolved on timescales measured in hours, minutes or even less. Until war began between these 'artilects' and those we wish to protect. Jedi can no longer believe in diplomacy and eternal life. They must fight and their words cannot convince a super-intellect to change its mind. Thus super powers decided. Unleash our best and destroy our enemies.

Rise of the Jedi... and independence of the artilects
People In This Video – Tag People
No users are tagged in this video
0
0
0
0
0
0