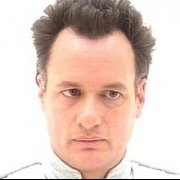 Cowboy Bebop (カウボーイビバップ, Kaubōi Bibappu) is a Japanese animated television series. Directed by Shinichiro Watanabe and written by Keiko Nobumoto, Cowboy Bebop was produced by Sunrise. Consisting of 26 episodes, the series follows the adventures of a group of bounty hunters traveling on their spaceship, the Bebop, in the year 2071.

Cowboy Bebop was a commercial success both in Japan and international markets, notably in the United States. After this reception, Sony Pictures released a feature film, Knockin' on Heaven's Door to theaters worldwide and followed up with an international DVD release. Two manga adaptations were serialized in Kadokawa Shoten's Asuka Fantasy DX.

Cowboy Bebop has been strongly influenced by American music, especially the jazz movements of the 1940s, 1950s and 1960s and the early rock era of the 1950s, 1960s and 1970s. Many of its action sequences, from space battles to hand-to-hand martial arts combat, are set and timed to music. Following the musical theme, episodes are called Sessions, and titles are often borrowed from album or song names (such as Sympathy for the Devil or My Funny Valentine), or make use of a genre name ("Mushroom Samba") indicating a given episode's musical theme.

Source: wikipedia.org
People In This Video – Tag People
No users are tagged in this video
0
0
0
0
0
0