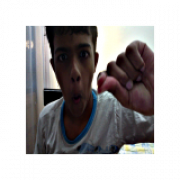 
A new adventure begins, we are a Padawan sent to Tython to become a Jedi Knight but our journey has some interesting turns.

(If you own the game come find me!)

Star Wars: The Old Republic, abbreviated as TOR or SWTOR, is a massively multiplayer online role-playing game based in the Star Wars universe. Developed by BioWare Austin and a supplemental team at BioWare Edmonton, the game was first announced on October 21, 2008, at an invitation-only press event. The video game was released for the Microsoft Windows platform on December 20, 2011 in North America and part of Europe. Early access to the game began one week before release, on December 13, 2011, for those who had pre-ordered the game online; access opened in "waves" based on pre-order date
People In This Video – Tag People
No users are tagged in this video
0
0
0
0
0
0