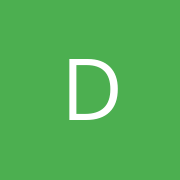 Pass On, Poem by Michael Lee

When searching for the lost remember 8 things.

1.
We are vessels. We are circuit boards
swallowing the electricity of life upon birth.
It wheels through us creating every moment,
the pulse of a story, the soft hums of labor and love.
In our last moment it will come rushing
from our chests and be given back to the wind.
When we die. We go everywhere.

2.
Newton said energy is neither created nor destroyed.
In the halls of my middle school I can still hear
my friend Stephen singing his favorite song.
In the gymnasium I can still hear
the way he dribbled that basketball like it was a mallet
and the earth was a xylophone.
With an ear to the Atlantic I can hear
the Titanic's band playing her to sleep,
Music. Wind. Music. Wind.

3.
The day my grandfather passed away there was the strongest wind,
I could feel his gentle hands blowing away from me.
I knew then they were off to find someone
who needed them more than I did.
On average 1.8 people on earth die every second.
There is always a gust of wind somewhere.

4.
The day Stephen was murdered
everything that made us love him rushed from his knife wounds
as though his chest were an auditorium
his life an audience leaving single file.
Every ounce of him has been
wrapping around this world in a windstorm
I have been looking for him for 9 years.

5.
Our bodies are nothing more than hosts to a collection of brilliant things.
When someone dies I do not weep over polaroids or belongings,
I begin to look for the lightning that has left them,
I feel out the strongest breeze and take off running.

6.
After 9 years I found Stephen.
I passed a basketball court in Boston
the point guard dribbled like he had a stadium roaring in his palms
Wilt Chamberlain pumping in his feet,
his hands flashing like x-rays,
a cross-over, a wrap-around
rewinding, turn-tables cracking open,
camera-men turn flash bulbs to fireworks.
Seven games and he never missed a shot,
his hands were luminous.
Pulsing. Pulsing.
I asked him how long he'd been playing,
he said nine 9 years

7.
The theory of six degrees of separation
was never meant to show how many people we can find,
it was a set of directions for how to find the people we have lost.

I found your voice Stephen,
found it in a young boy in Michigan who was always singing,
his lungs flapping like sails
I found your smile in Australia,
a young girls teeth shining like the opera house in your neck,
I saw your one true love come to life on the asphalt of Boston.

8.
We are not created or destroyed,
we are constantly transferred, shifted and renewed.
Everything we are is given to us.
Death does not come when a body is too exhausted to live
Death comes, because the brilliance inside us can only be contained for so long.
We do not die. We pass on, pass on the lightning burning through our throats.
when you leave me I will not cry for you
I will run into the strongest wind I can find
and welcome you home.

Do You Know Yourself?