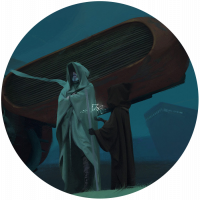 I'm your Chief of Theory

By Adder in General 1187 views 11th October 2014 Video Duration: 00:04:36
"There's an order at some deep level," he said. "A pattern that wants to be seen."
"Then see it."
He heard voices in the distance. "I always have. But it's been elusive in this instance. My experts have struggled and just about given up. I've been working on it, sleeping on it, not sleeping on it. There's a common surface, an affinity between market movements and the natural world."
"An aesthetics of interaction."
"Yes. But in this case I'm beginning to doubt I'll ever find it."
"Doubt. What is doubt? You don't believe in doubt. You've told me this. Computer power eliminates doubt. All doubt rises from past experience. But the past is disappearing. We used to know the past but not the future. This is changing," she said. "We need a new theory of time."
People In This Video – Tag People
No users are tagged in this video
0
0
0
0
0
0