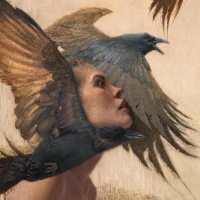 Lot of people, you know what I'm sayin, they be gettin misinformed
thinkin everything is everything, that you could just get yourself
a little deal, whatever, youknowhatI'msayin you gonna get on you
gonna get rich. And all these labels be trying to lure us in like
spiders, into the web, knowhatI'msaying. So sometimes people gotta
come out and speak up, and let people understand, that you know you
gotta read the label you gotta read the label if you don't read the
label you might get poisoned...

TOMMY ain't my motherfuckin' BOY
When he fake moves on a nigga you employ
Well I'll EMIRGE off ya set, now ya know God damn
I show LIVIN LARGE niggaz how to flip a DEF JAM
And RUFF up the motherfuckin' HOUSE
Cause I smother you COLD CHILLIN' mother fuckers are still WARNER BROTHERS
I'm RUTHLESS my clan don't have to act wild
That shit is JIVE, an old SLEEPING BAG/PROFILE
This soft comedian rap shit ain't the rough witty
On the reel to reel it wasn't from a TUFF CITY
Niggas be game, thinking that they lyrical surgeons
They know their mics are formed at VIRGIN
And if you ain't boned a mic you couldn't hurt a bee
That's like going to Venus driving a MERCURY
The CAPITOL of this rugged slang, is WU-TANG
Witty Unpredictable Talent And Natural Game
I DEATH ROW an MC with mic cables
The EPIC is at a RUSH ASSOCIATED LABELS
From EASTWEST to ATCO, I bring it to a NEXT PLATEAU
But I keep it phat though
Yo, I'm hittin' batters up with the WILD PITCH style
I even show an UPTOWN/MCA style
Who thought he saw me on 4TH & BROADWAY
But I was out on the ISLAND, bombing MC's all day
My PRIORITY is that I'm FIRST PRIORITY
I bone the secret out a bitch in a sorority
So look out for A&M, the abbot and the master
Breakin' down your PENDULUM
As I fiend MC's out with a blow that'll numb the
a-ppendix, I'm holdin more more weight than COLUMBIA
Index INTERSCOPE, we RCA. clan
That's comin' with a plan to free a
slave of a mental death MC don't panic
Throw that A&R nigga off the boat in the ATLANTIC
Now who's the BAD BOY character, not from ARISTA
But firin' weapons released on GEFFEN
So duck as I struck with the soul of MOTOWN
While CENTRAL BROADCASTING SYSTEMS are slowed down
You're Dirty, like that Bastard
It's gettin drastic

Read the label and say it loud
Another Wu banger
Thirty-six chambers, to your area
Yeah, the RZA, phat tracks on a disc
Rza razor rza razor sharp
Another Wu-Tang production kid, comin at ya
People In This Video – Tag People
No users are tagged in this video
0
0
0
0
0
0