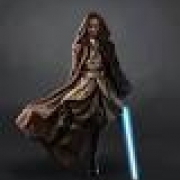 Long ago in a galaxy far, far away...

We bring you CELLO WARS! A result of 6 months of production...our most ambitious undertaking by far! Why Star Wars Cello? Because of our unending admiration of George Lucas, John Williams, and the most EPIC movies and film score ever created. The idea originated when Tel Stewart was editing THE CELLO SONG here: http://www.youtube.com/watch?v=Ry4BzonlVlw. As a joke he decided to add light sabers to Steven Sharp Nelson's bow during the outtakes. Fans cried out for more. Al van der Beek and Steven Sharp Nelson storyboarded the song and the video concept while they were scouting locations for MOONLIGHT http://www.youtube.com/watch?v=DRVvFYppU0w&feature=relmfu. But it was Steven Sharp Nelson's son Eli (6) that was the true inspiration for the project -- his enthusiasm for Star Wars, light sabers, and watching his daddy wield one while playing cello fueled the project continually.

We announced CELLO WARS on September 19, 2011 thinking we'd be able to deliver on our promise within a few weeks. We had NO IDEA. 70 days later, more than 7,000 frames, 72 audio tracks, 24 hours of filming through the night in front of a green screen, the most props and costumes we've ever used, several broken bows and strings, and over 1,000 hours of editing and rendering -- we felt like we had taken on the entire EMPIRE!

Tel Stewart is THE MAN. He is the reason this worked. He is the man behind the green screen -- behind the editing bay -- behind all the cool effects. He had to edit every single frame in order to make the light sabers work (a total of over 7,000 frames)! We now have a Piano Guys Hall of Fame and he was recently the first inductee.

Special thanks to
CEC-TV in St. George for the use of their green screen studio
CMI at Dixie State College letting us use their Sony F3
Ben Braten For the constant advice for visual effects
Will Stucki for letting us borrow the cymbals and gong!

Special thanks to Video Copilot (http://www.VideoCopilot.net) for the education and training they provide on their website. (Go buy Optical flares! It is amazing) Their tutorials are so good. If you want to get into what Tel did here go watch all their stuff.

All FIVE melodies enter one by one at the end and stack on top of each other until all of them are being played at the same time.
People In This Video – Tag People
No users are tagged in this video
0
0
0
0
0
0

Flash Back “ Hello Vader my old friend.” By Nakkis